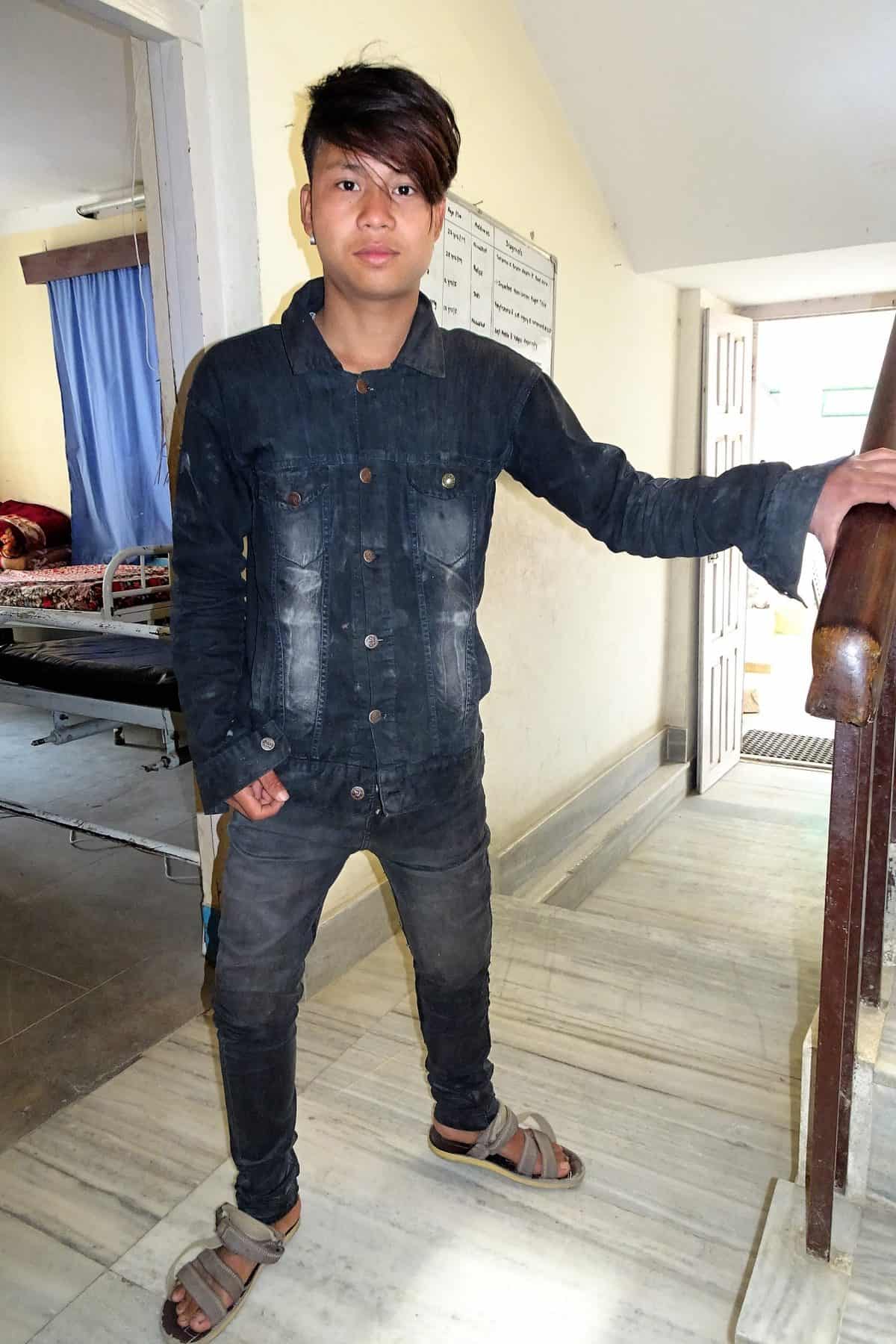 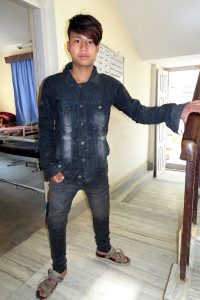 Keshar is 17 and comes from a place called Udhayapur in the east of Nepal. He was admitted to NHEDF in mid December 2017 and was discharged in late February 2018.

Keshar comes from a poor family, and when he was 13  he broke his right leg. His family brought him to Kathmandu for medical treatment and he had surgery but they could not afford for him to stay in hospital for long, so the limb was plastered and Keshar was sent home. He went on to develop osteomyelitis and was left with severe rigidity or stiffness in his right leg which made mobility difficult .

In 2015, as bad luck would have it, Keshar was injured in the earthquake whilst running away in an attempt to seek safety. This time he sustained a fracture of his other femur (thigh) and was again brought to Kathmandu for treatment. He was operated on and sent back home with his leg in plaster and instructions to have the plaster removed  after 3 – 4 months. During this time he became unable to move his leg but his family could not afford any further treatment. Eventually however he was brought to Kathmandu with a wound requiring debridement, and a diagnosis of chronic osteomyelitis was made  with ankylosis (severe stiffness) due to injury and infection . He was transferred to NHEDF for nursing care and physiotherapy and whilst further surgery was suggested, it was going to cost about $10,000  At that time NHEDF was unable to help Keshar so he returned to his village.

In 2017, two years after the earthquake, Keshar re-presented to the Shelter with severe pain in his left leg and a number of consultations were sought. By late February consensus was that Keshar should not have a bilateral hip replacements now due to the high risk of  complications and the likelihood that this surgery would not be successful.

Keshar was advised to contact NHEDF if he experiences increased pain and there is a possibility that simpler surgery could possibly be performed or a decision will be made to perform hip and knee replacements as required, should funding be available.

It is hard for NHEDF who are so committed to helping when patients cannot be helped because the risks are too great, or the operation is simply too expensive. Reflect how lucky we are in a place like Australia where we can have whatever surgery we need in a public hospital at no cost to ourselves…Sure, we may have to wait a while, but there is a system in place to facilitate appropriate timely surgery for those that need it….and it is free under Medicare.