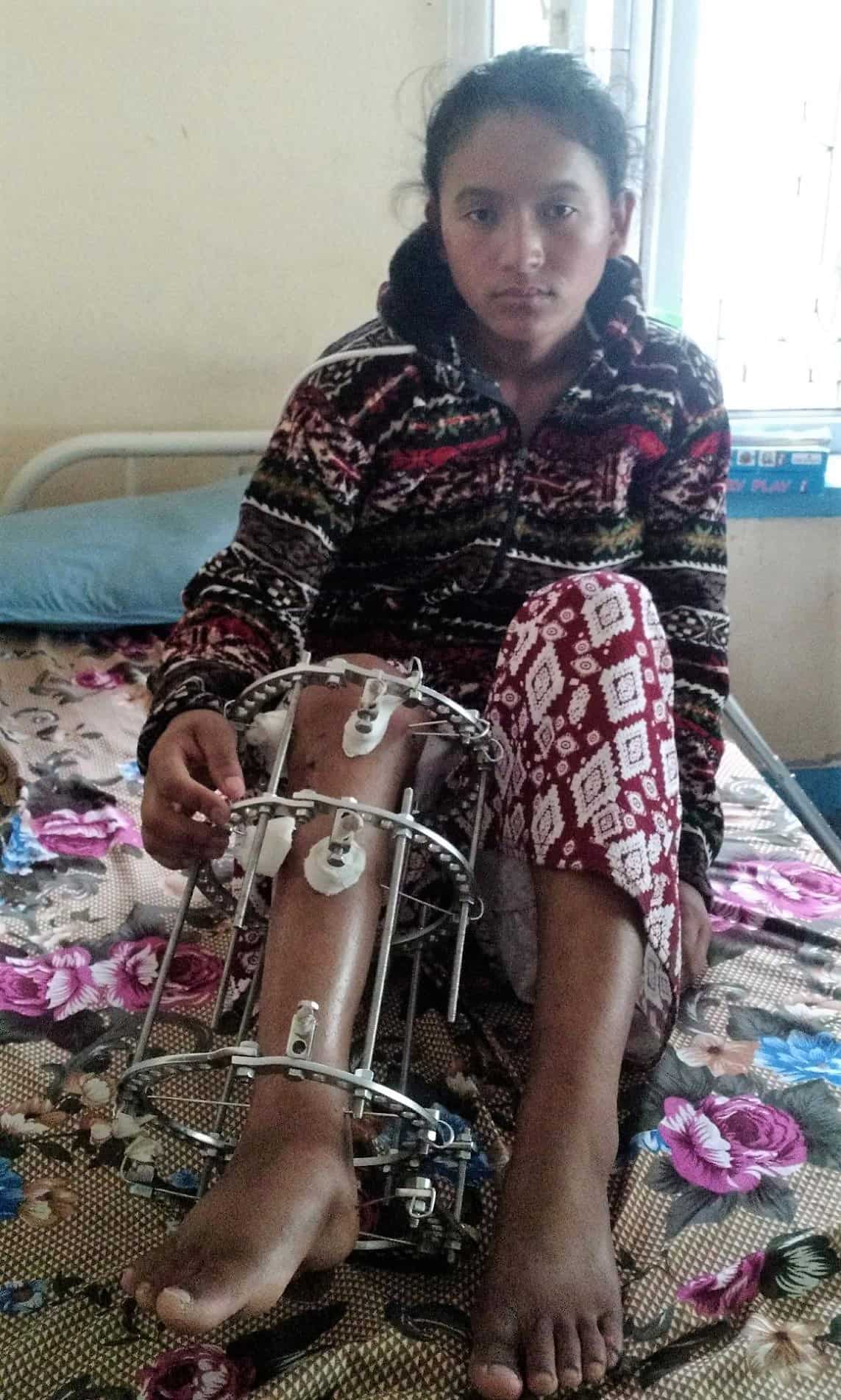 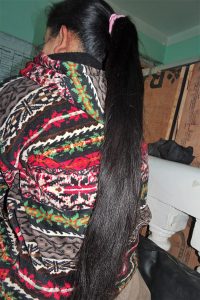 Sanumaya is a seventeen year-old girl who was admitted to NHEDF in June 2017 with the most beautiful hair…… When she was a baby, her right leg was burned in a fire. As she grew, it became shorter than her left and she began to have significant problems with mobility. These problems became unsurmountable, but because her family are very poor, and medical care is not free in Nepal, Sanumaya’s family could not afford to bring her to Kathmandu for treatment. 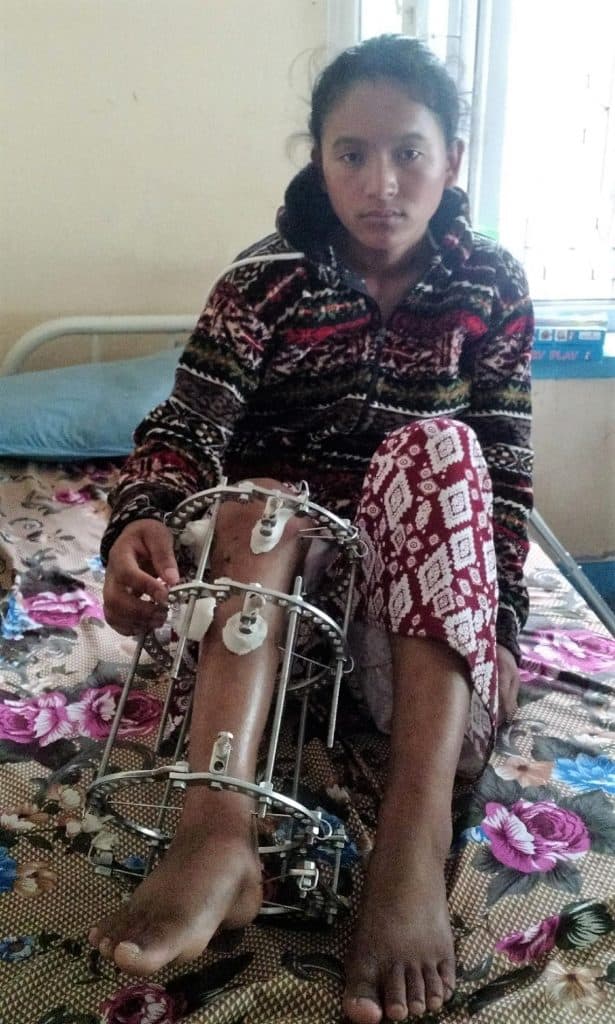 In 2017 the National Disability Fund (NDF) held a medical camp in Sanumaya’s  village and promised to fund her treatment.  She underwent orthopaedic surgery to increase her leg length and was discharged with a metal fixator and a wound infection, however her family had nowhere to stay in Kathmandu. They stayed with a relative in a rented room but had no access to nursing care for dressings or physiotherapy for rehabilitation. They went back to see the NDF who referred them to NHEDF. 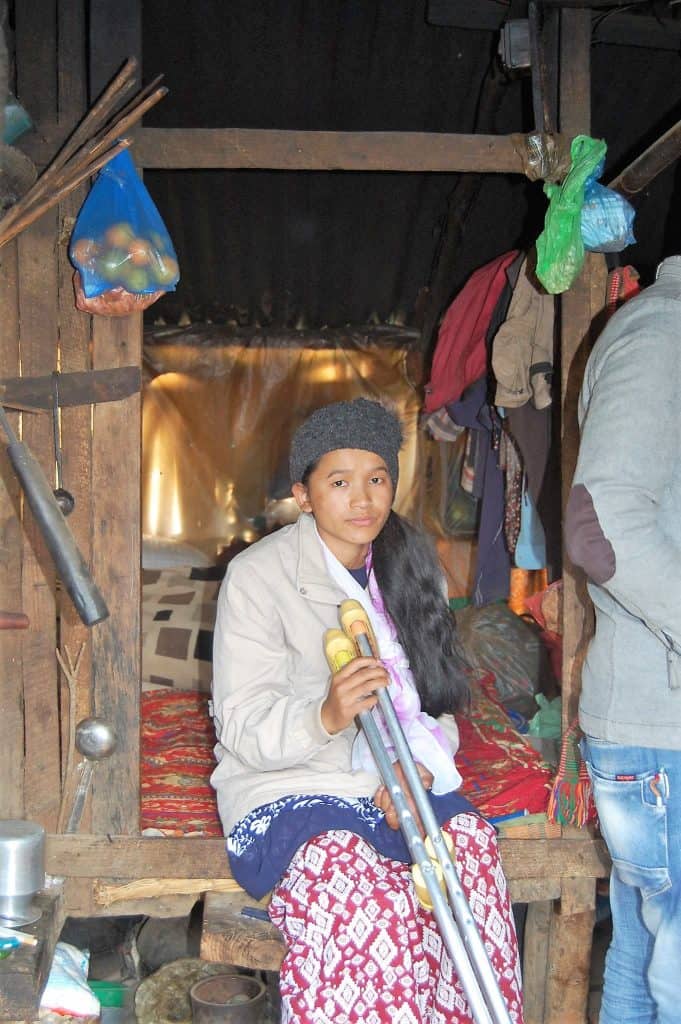 Like many of NHEDF’s patients who are away from home for a long time, Sanumaya had not been home for nearly a year. Her family’s house had been destroyed in the earthquake and her family were building a new one with the US$2000 that they were given by the Government. Their new house is still far from finished but because she really wanted to go home, even if it was just for a short time, Samrat planned a visit for her.

Sadly, a day before they were due to leave, Sanumaya had some bad news. Her older sister had had a heart attack and had passed away. Samrat took her home so she could both visit her friends and family and say goodbye to her sister. It was heart-wrenching moment for everyone there. 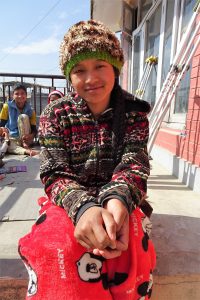 Sanumaya was finally discharged from NHEDF in May 2018. Whilst she did have some remaining difference in leg length this has been corrected through the use of an orthotic. She is back home and best of all, she is back at school studying in Year 10. She wants to be a nurse like her ‘sisters’ at NHEDF. We wish you good luck Sanumaya. We hope your home is finished now and we hope you achieve your dream!