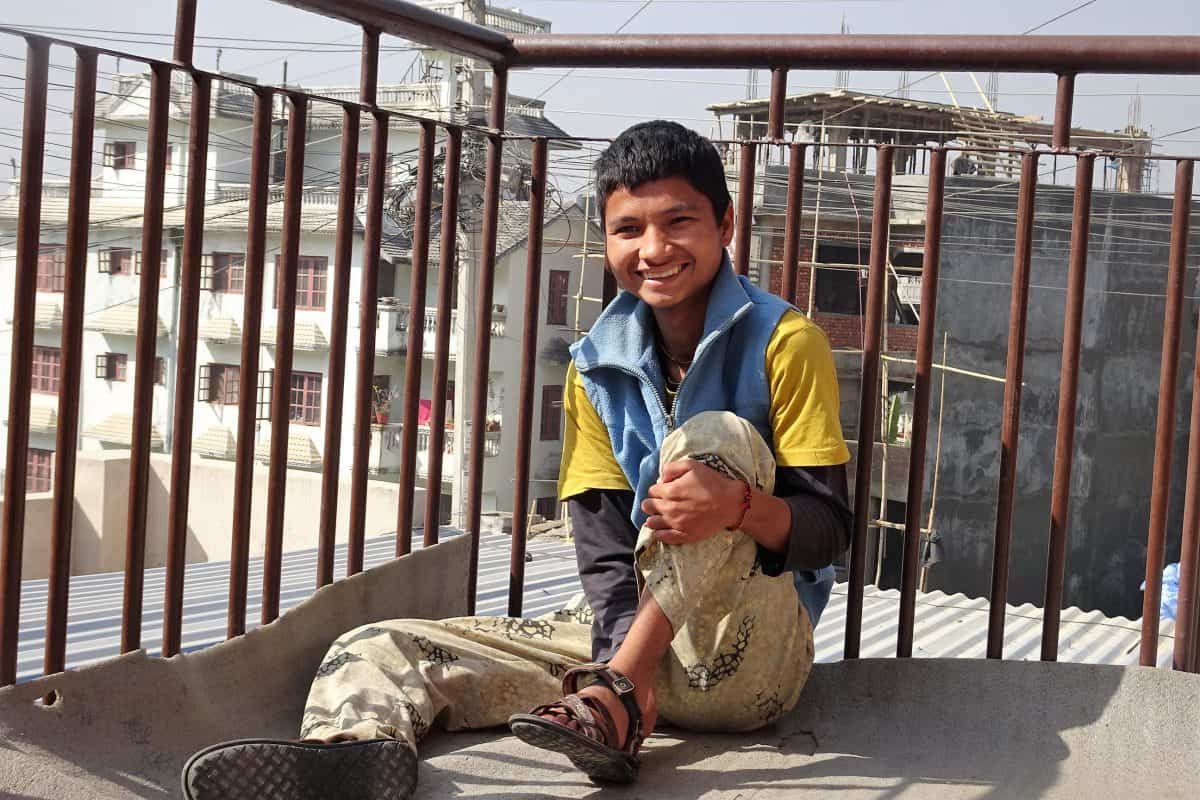 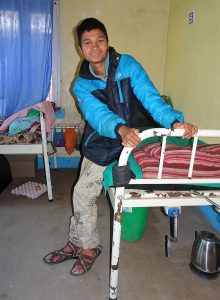 Bikram Bogati is a 17 year old boy who comes from a poor family. He has the most beautiful smile! He comes from the province of Accham close to the Indian border in the north west of Nepal. Life is very difficult for many Nepalis living in remote regions like this, and when it comes to health and medical care, because what exists where he lives is beyond the imagination of many.

Until the age of nine, Bikram’s problems were not unlike anyone else’s in the village. Life changed when Bikram’s father walked out on the family leaving his mother responsible for Bikram and his two siblings only to return, completely out of the blue ten years later, but with no money. 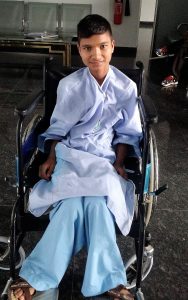 Things for Bikram also changed dramatically when a small corn developed on his foot. It grew bigger and bigger, and he then started to have problems walking due to pain. In 2015 he had surgery in India, but when he returned home his mobility became worse and a few months later he was bed-ridden. People thought it had something to do with the surgery, and Bikram’s life then became even more difficult because his mother was working all day and was not able to take care of him. He was no longer able to attend school.

Luckily for Bikram, humanity in his village is not dead. Some students from the region who knew Bikram and had heard about NHEDF brought him to the Shelter in July 2017. It took months for doctors to work out what was wrong with Bikram and finally a genetic disease called Friedreich’s ataxia was diagnosed. This is an autosomal recessive inherited disease that causes progressive damage to the nervous system and manifests initially with symptoms of poor coordination such as gait disturbance. It does not affect cognitive function. 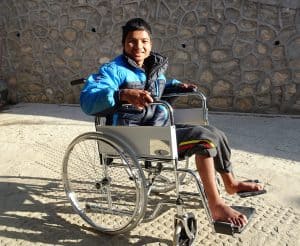 Bikram cannot be cured. He can only be helped to manage his disability. Whilst regular physiotherapy did not improve his mobility it was important to prevent contractures and maintain muscle tone. He has now been provided with a wheelchair as he cannot walk without support. Now Bikram has a decision to make. He can go back to his village and return to school. The other option is for NHEDF to arrange admission to a hostel where he can also continue his education in Kathmandu. Bikram will be wheel-chair bound for the rest of his life, and NHEDF would also like his siblings to be tested for the same disorder. 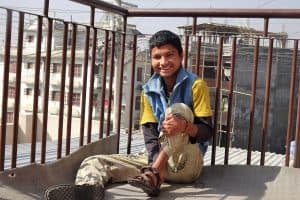 It is hard for everyone when patients cannot be cured. Bikram hit rock bottom for a while, refused to eat, and became very depressed. Thanks especially to Manish, a fellow patient, and the supportive environment at the Shelter, Bikram’s beautiful smile returned and he feels life is worth living again. 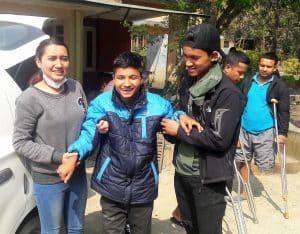 Bikram was eventually discharged from NHEDF with a diagnosis (and a wheelchair) in March 2018 with plans to return to school and finish his education. Luckily there is a straight road between his home and his school and he can be  independent again. NHEDF is trying to obtain screening for Bikram’s sister to determine whether she is afflicted with the same genetic condition as Bikram.