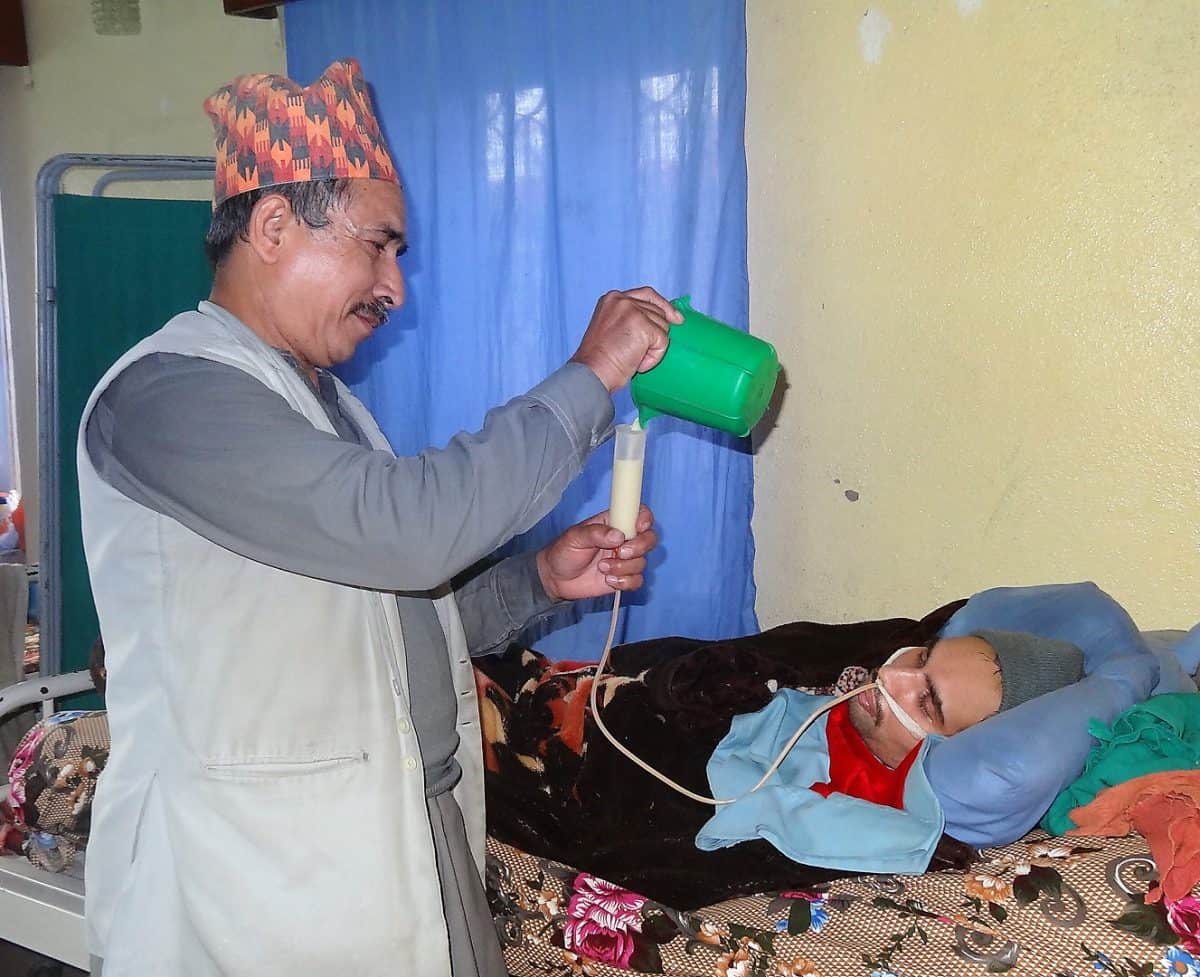 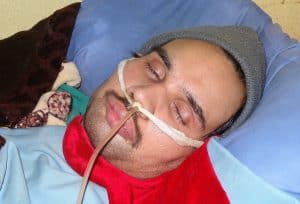 Sometimes an occasional patient at NHEDF does not show any improvement over a period of time. This is very distressing for the patient’s family and also for NHEDF’s staff who work so hard to try to make things better. In these circumstances NHEDF’s aim is to try to get the family to the point where they can take their loved one home and care for them there, but sometimes, not even this is possible. For Krishna Hari, an earthquake victim, NHEDF has committed to take care of him for as long as is necessary.

Complicating an ethical dilemmas like this is a history of an absence of palliative care in Nepal, however over the last 15 years, small hospice units have been set up in some places, and palliative care services have been established in some larger hospitals. In 2009 a national association for palliative care called NAPCare was developed, however it will take some time for the concepts of end of life and palliative care to filter through, and of course, it needs to be free which it is currently not…..

This is Krishna Hari’s story:

Krishna Hari is one of four children. He comes from Nuwakot, about three hours by bus from Kathmandu. His parents are farmers. There was just Krishna Hari and his elder brother at home as both his sisters are married and live far away. Their house was destroyed in the earthquake of 2015 and they have not been able to rebuild it. His family still live in a makeshift shelter.

Krishna Hari was 29 when he was admitted to NHEDF in November 2016. He was working as a trekking guide in the village of Langtang at the time of earthquake. Langtang was completely obliterated by an avalanche triggered by the earthquake and almost everyone died. Krishna Hari was one of the few lucky ones – he was not swept away or crushed by the thousands of tons of snow, rock and ice but suffered only an ankle injury and was eventually helicoptered out and admitted to hospital where he never received a tetanus injection. He went on to develop progressive muscle weakness eventually losing total control of all his voluntary motor movements. He essentially became a quadriplegic and it was not until he became completely paralysed that the doctors diagnosed him with tetanus. Krishna Hari eventually required artificial ventilation and experienced a hypoxic brain injury when he was a patient in ICU on a life support machine. The hospital electricity went off and Krishna Hari did not receive any oxygen for four hours resulting in a hypoxic brain injury from lack of oxygen. 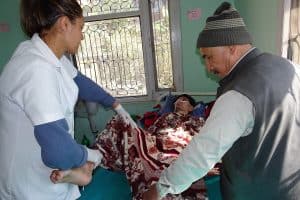 Krishna Hari remained in hospital for a year and a half before he was transferred to NHEDF weighing all of 35kg. He needed and still requires around the clock nursing care and assistance with all the daily activities of living including the administration of regular medications, 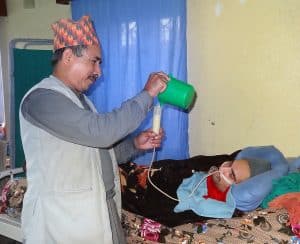 nappies/diapers/incontinence products and has a fine bore naso-gastric tube through which he is fed. He needs full nursing care, catheter care and naso-gastric tube care and thanks to NHEDF’s wonderful care and the attentive devotion of his father who care for him, he weighs 50kg! He requires daily physiotherapy including range of motion exercises and chest physio to prevent contractures and chest infections.

Whilst sensation has slowly returned, and Krishna Hari can feel some pain evident by grimaces when painful stimuli are applied, he still has no voluntary muscle movements, does not respond to commands, cannot talk and remains essentially paralysed.

To begin with, Krishna Hari’s medical team retained some optimism for prognosis, rehabilitation and recovery but there has been no progress.

To send Krishna Hari home in his current condition would be unacceptable as there are no medical facilities near his home village where his family could seek help for complications, and even if there were, they are unable to afford the substantial costs of hospitalisation in Nepal.

When Samrat. NHEDF’s Director, advised us of this family’s financial status I thought he must have added a couple of zero’s to the cost of treatment by mistake, however that is not the case. Initally Krishna Hari was admitted to a Government hospital where his daily medical and associated costs were around NPR 2000(AU$20). He went on to have 100 days in ICU and by the time he was admitted to NHEDF, Krishna Hari’s father had spent AUS $32,000 for his treatment at different hospitals in Kathmandu. He used Krishna’s own savings from working as a trekking guide, relied on the generosity of friends and family, sold off some of his family’s land and still has a debt of NPR 1,800,000. 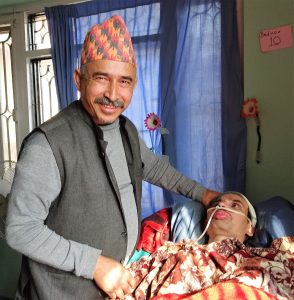 Lila Nath is hoping that one day the government will help him to pay off his remaining debt otherwise he will have to sell the rest of his land to cover it and his family will be homeless.

Reading this story, you may wonder why Krishna Hari continues to be treated. Many complex issues and ethical dilemmas present to NHEDF on a regular basis and there are no easy solutions. This tragic outcome would never have occurred if Hari Krishna had simply received a tetanus injection and someone in ICU had thought to give him supplementary oxygen when the ventilator stopped working in ICU.

In Nepal withdrawing treatment in the absence of improvement, or not treating complications as they eventuate, is not an option and tantamount to murder. One day when he no longer responds to treatment, Krishna Hari will become a palliative care patient but in the meantime he will stay at NHEDF which was initially established as a treatment centre for victims of the 2015 earthquake. Samrat, NHEDF’s Director, feels a huge sense of responsibility to care for Krishna Hari until the end, because without NHEDF, Krishna Hari and his family have no one else to turn to and nowhere else to go.

NHEDF is trying hard to get a Disability card for Krishna Hari which will entitle him to a Government payment of Rs 5000 (Au$ 60) a month however even a simple thing like this is proving hard because the Government insists that Krishna Hari has to obtain this from his village himself.  Obviously he cannot travel.