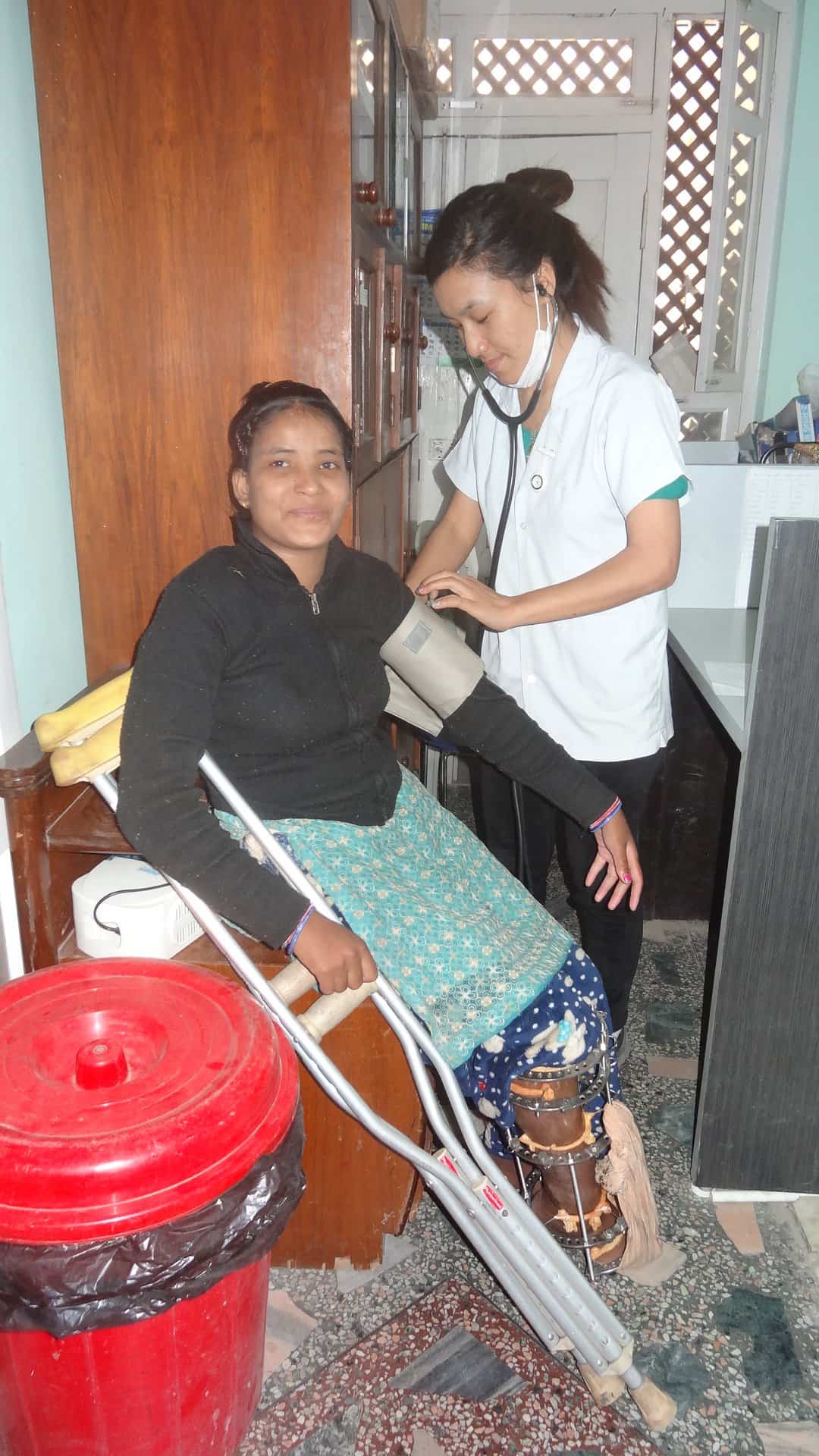 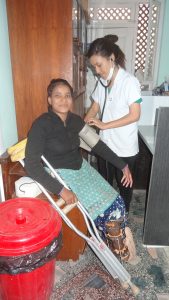 Imagine a sixteen year old Australian girl from a poor family who has badly broken legs as a result of an accident. She gets whisked by ambulance to a competent hospital where she is operated upon, has state of the art surgery with pins, plates and screws and all sorts of other hardware inserted to unite the fragments of broken bones. She returns from surgery with both legs in plaster. She can weight bear on her left leg but not the right. She is mobilised by the physiotherapist using crutches. All her medical expenses so far are covered by Medicare, our public health system. She goes home after seven days and returns to school. She makes a good recovery and within six months she is playing sport at school again and doing everything she normally does. A couple of years later she finishes school and gets a job. 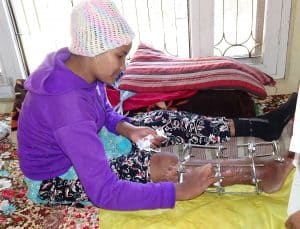 Parbati was 16 when she was admitted to NHEDF in January 2017.She comes from the remote region of Doti in the far west of Nepal, was tending the family’s goats when she was caught in a landslide,  struck by a tree and swept into a river. She was pulled out by villagers and sustained multiple fractures to her right leg. Her family could not afford medical treatment for her, but her community rallied around and helped financially, so she was admitted to a local hospital for wound dressings but the hospital had no facilities to do anything about her fractures.

After ten days the money the people in her village had collected for her had run out and Parbati’s father had to make a choice – she could either return home to their remote region with multiple fractures unable to walk or he could sell some land to keep Parbati in hospital and she could be brought to Kathmandu for treatment. Her father sold their property leaving only their earthquake damaged house.

Parbati was admitted to hospital in Kathmandu where she stayed for 300 days before being admitted to NHEDF. Since she has been at NHEDF she has now had seven surgeries including bone grafts and a bone marrow transplant which was unsuccessful and she had many complications. 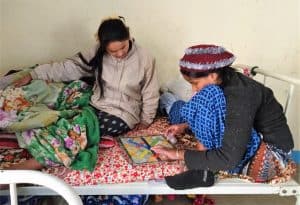 During her time at NHEDF she has required ongoing nursing care for wound management, care of the external fixators and regular physiotherapy to decrease muscle wasting. She also has regular orthopaedic reviews, x-rays to assess the healing of the fractures, and ongoing surgeries. When the fractures are all healed the fixators will be removed and she will 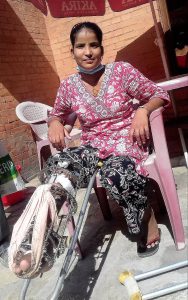 be able to weight bear. After further physio she will be able to go home!

The future for girls like Parbati is complex. If she loses her leg she is unlikely to get married in a place like Nepal. Her parents are elderly, and her family is poor. They have no electricity and their tiny house made of mud and stone was damaged by heavy monsoon rain. Parbati’s seventy year old father is taking care of her at NHEDF and her mother is now living with her elder daughter in another village.

The orthopaedic surgeon who was treating Parbati has since moved to another hospital and Samrat has so far been unable to find another surgeon to take over her care. The challenges of navigating the medical system in Nepal can test the patience of a Buddhist saint!