WHO WE ARE: Roads to Rehab Nepal is currently run by 3 multi-talented individuals, two of whom are nurses and the other has a commerce degree.  We have all have spent time in Nepal. Virginia is a nurse and is the founding Trustee of Roads to Rehab Nepal. She has a multitude of roles within the organisation. Paul is our Treasurer. Ingrid is also a nurse and is a General Committee Member and our Fundraising Coordinator. We are also sometimes assisted by skilled volunteers who may not be Management Committee members but simply help us with things which we cannot do ourselves. If you would like to help us, please get in touch! 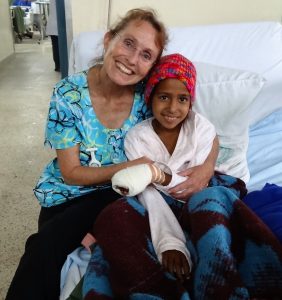 Virginia has a long and enduring history in Nepal. She has visited the country over thirty times since 1996 in a varied capacity which included volunteering, trekking and accompanying trekking groups for the best trekking company in the whole of Nepal, Adventure Thamserku https://adventurethamserku.com  She has volunteered several times as a member of a surgical team with an organisation called Open Heart International and helped establish and worked with a UK charity called Classrooms in the Clouds. 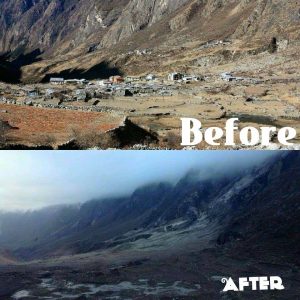 In 2012 she set up an organisation called Langtang Valley Health (Australia). This project was tragically destroyed by an avalanche that fell on the village following the earthquake in 2015.

Virginia has also helped the Australian Himalayan Foundation establish a pilot project in the Solu Khumbu region based on the nurse initiated model of care she developed for Langtang.

Thanks to many visits to Nepal and some study of the language, she has also written a Nepalese language book (click here to purchase a copy) Practical Nepali – Learning Nepali the Easy Way –  which is for sale on Amazon and is great for people who want to be able to speak passable Nepalese but don’t need to know how to read or write the script. 50% of the proceeds of the book are donated.

HOW WE GOT INVOLVED WITH MeRO: After raising $80,000 for the surviving Langtang community to help with relief and rebuilding after the earthquake, a difficult decision was made to close down Langtang Valley Health Australia for a multitude of complex reasons. 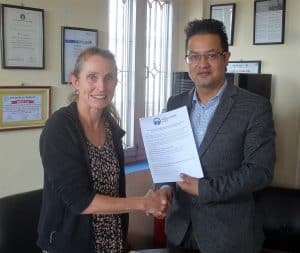 Virginia had been following NHEDF on Facebook for a number of months and was so impressed with what they were doing, she offered to help. They  willingly accepted. She spent several months doing all the administrative work again in order to set up another organisation.  Roads to Rehab Nepal was born in December 2016 and between us, we are doing an amazing job!