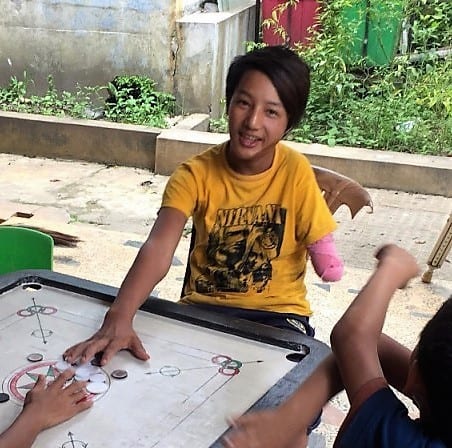 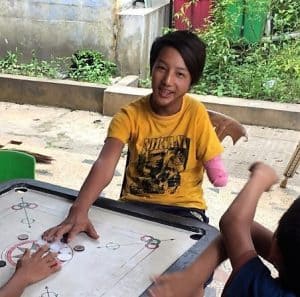 Raj Kumar is a seventeen-year old boy who is studying in Class 8. He comes from a poor farming family who live in the district of Lalitpur, south of Kathmandu. He was admitted to NHEDF in April 2017 accidentally – his brother presented for surgery following a head injury and Samrat, NHEDF’s Director, discovered that Raj had been badly burned as a baby when a kerosene lamp fell on him and caught alight. He experienced significant burns to his left arm, back, torso and needed surgical intervention due to significant burns contractures which were distorting what was left of his arm, his neck, his face and the left side of his body and causing significant loss of function and pain.

Raj underwent two operations in May and June of 2017 and an amputation of his left arm during his time at NHEDF in 2017 but needed a third surgery before a prosthetic arm could be fitted. This will be done as soon as funding is secured.